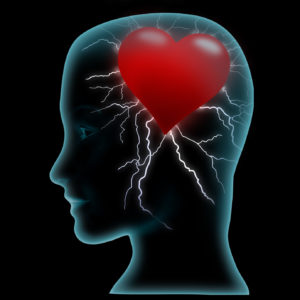 Tip: What is inside of your heart will be coming out of your body.
Robert Rohm Tip of the Week

One day I was talking to my good friend, Jean Brun (also known as JJ). He is the International Executive Director of Training and Development for Personality Insights, Inc. JJ’s former occupation was with the Canadian Military Forces. He spent fifteen of his twenty years of service with them within the Intelligence Branch. During that experience he once heard a story that he relayed to me. I found it fascinating.

It seems that during WWII the United States wanted to infiltrate the German Army and place an informant within their organization. They found an American officer who could speak perfect German without an American accent. Having been born and raised part of his life in Germany, he had learned all of the customs and behaviors that were necessary for him to pass as a German officer. He was successful in getting behind enemy lines and making the right connections with the right documentation, in order to infiltrate the German Army posing as a German officer. Things were going well until something happened one night that revealed his true identity.

A group of German officers, along with the informant, were having dinner together. As was their European custom, the Germans cut their food by putting their forks in their left hands and their knives in their right hands to cut their meat. Each officer would take his left hand (the one with the fork in it) and bring it back with food on it to his mouth.

The informant followed suit by holding his fork in his left hand and knife in his right to cut his food, but then, according to American custom, he automatically transferred his fork to his right hand before putting the food into his mouth. The German officers noticed what he had done. He had made a fatal error and given himself away as a spy with one small mistake. The way he normally ate was so ingrained in him that he made the error when his “natural, normal way of doing things” took over his behavior.

That incident became a textbook case to show the warning of how easy it is to fall into the “natural mode” of what has been ingrained inside of us over the years.

As I heard that story, I thought to myself how true it is that what is inside of our heart will come out of our life and body. There are just no two ways about it. We cannot hide who we are forever. Sooner or later, the real person who we really are will be revealed. The good news (and bad news) is that it works both ways. If you have a good heart and your attitude is one of love, kindness and cooperation that will come out. It will be seen in your activities, your words and your mannerisms on a daily basis. If, on the other hand, you have a hidden agenda, that too will come out. It will not be long before people will begin to see that, rather than being a genuine, real person, you are just putting on a show in order to get other people to believe certain things about you, or so you can just get your own way in the end.

The wisest man who ever lived said, “Guard your heart, for out of it flows all of the issues of life,” (Proverbs 4:23). It is a fact that we need to pay attention to what is going on inside of our heart and life because it will come out in our words and behaviors on a daily basis.

I realize that few of us will ever have the opportunity to become a spy and go behind enemy lines. But, we all have the opportunity to deal with people every day in a way that will cause them to have certain thoughts and feelings about the way we treat them. Let me encourage you to put all of the emphasis on developing a good caring heart towards yourself, your life, your family, your business and other people. It will reward you in all that you do. It will also keep you from being caught behind enemy lines and putting you in a bad situation.

I have found in raising children and grandchildren, as well as in other personal relationships, that if I will simply focus on the needs of the heart (both mine and others), all the behaviors will soon follow in the right path. As we walk through life, may we all pay close attention to the condition of our heart. and, if we do, everything will turn out well in the end.

Tip: What is inside of your heart will be coming out of your body.

Have a great week! God bless you!

Stealing Is a Crime
Scroll to top